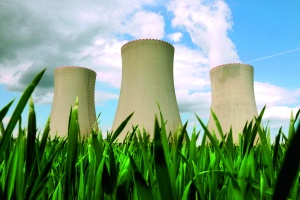 We produce a range of biocides (also called disinfectants) based on bromine. The active component is intended to destroy, or render a noxious substance harmless. The disinfectants are used a.o. in swimming pools and industrial cooling towers.

Cooling water for example is, due to its relatively high temperature, an excellent breeding ground for bacteria. Bacteria pollute the cooling system and, together with the mucilage which is formed, drastically reduce the cooling efficiency. The use of disinfectants prevents this problem.

Another important client for disinfectants is the paper- and carboard industry.

The sodium bromide solution is dosed in combination with hypochlorite and subsequently hypobromide (HOBr) is formed which, in very low concentrations, is extremely effective to render bacteria harmless.